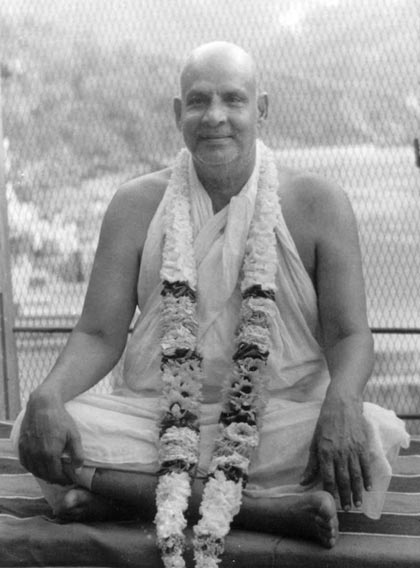 Sri Swami Sivananda Saraswati was born at Pattamadai, (Tamil Nadu) in 1887. After serving as a medical doctor in Malaya, he renounced his practice to search for his Guru in the foothills of the Himalayas. He settled in the sacred valley of Rishikesh and was initiated into the Dashnami Sannyasa tradition in 1924 by Swami Vishwananda Saraswati.

In subsequent years he wrote hundreds of books and articles on yoga and spirituality to maintain and introduce yogic values in the minds of the general public. His emphasis was on breaking down the barriers which separated the needy from the teachings that could help them, whether this took the form of yoga for health, peace of mind or spiritual aspiration. This ideology continues to guide the work of the Satyananda branch of his lineage.

To this end Sri Swami Sivananda Saraswati toured India extensively, inspiring people to practice yoga and lead a divine life. He founded the Divine Life Society at Rishikesh in 1936, the Sivananda Ayurvedic Pharmacy in 1945, the Yoga Vedanta Forest Academy in 1948 and the Sivananda Eye Hospital in 1957 and attained Maha Samadhi on 14th July 1963.

As a major spiritual voice of his time, Sri Swami Sivananda Saraswati guided thousands of spiritual seekers, disciples and aspirants all over the world.

Swami Satyananda Saraswati was born in Almora, Uttar Pradesh, in 1923. In 1943 he met Swami Sivananda in Rishikesh and adopted the Dashnami sannyasa way of life.

In 1955 he left his guru’s ashram to live as a wandering mendicant and later founded the International Yoga Fellowship Movement in 1956 and the Bihar School of Yoga in 1963.

Over the next twenty years Swami Satyananda toured internationally and authored over 80 books.

In 1984 he founded Sivananda Math, a charitable institution for aiding rural development, and the Yoga Research Foundation.

In 1988 he renounced his mission, adopting kshetra sannyasa. 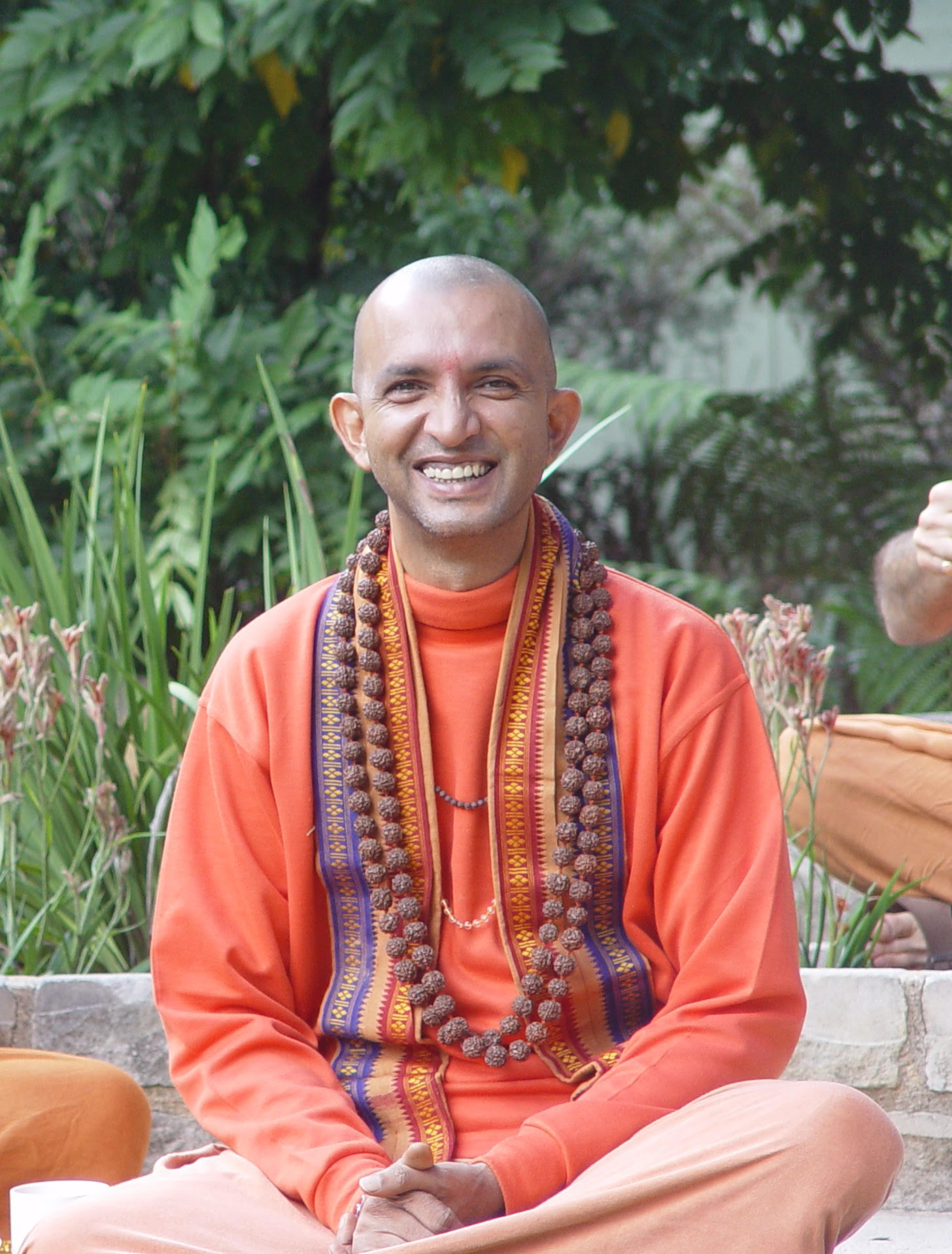 Swami Niranjanananda Saraswati was born in Rajnandgaon (Chhattisgarh) in 1960. Guided by his guru, Swami Satyananda Saraswati, from birth, at the age of four he came to live with him at the Bihar School of Yoga in Munger where he received training in yogic and spiritual sciences through yoga nidra.

In 1971 he was initiated into Dashnami sannyasa, and thereafter for eleven years he lived overseas, mastering skills in varied areas, acquiring an understanding of different cultures and helping establish Satyananda Yoga ashrams and centres in Europe, Australia, North and South America.

At the behest of his guru, he returned to India in 1983 to guide the activities of Bihar School of Yoga, Sivananda Math and the Yoga Research Foundation at Ganga Darshan. In 1990 he was initiated as a paramahamsa sannyasin and in 1995 anointed spiritual preceptor in succession to Swami Satyananda Saraswati. He established Bihar Yoga Bharati, the first university of yoga, in 1994 and the Yoga Publications Trust in 2000 in Munger. He also initiated a children’s yoga movement, Bal Yoga Mitra Mandal, in 1995. In addition to steering the activities at Munger, he traveled extensively to guide seekers around the world till 2009, when he received the command to embark on a new phase of sannyasa life.

Author of many classic books on yoga, tantra and the upanishads, Swami Niranjan is a magnetic source of wisdom on all aspects of yogic philosophy, practice and lifestyle. He ably combines tradition with modernity as he continues to nurture and spread his guru’s mission from his base at Munger. 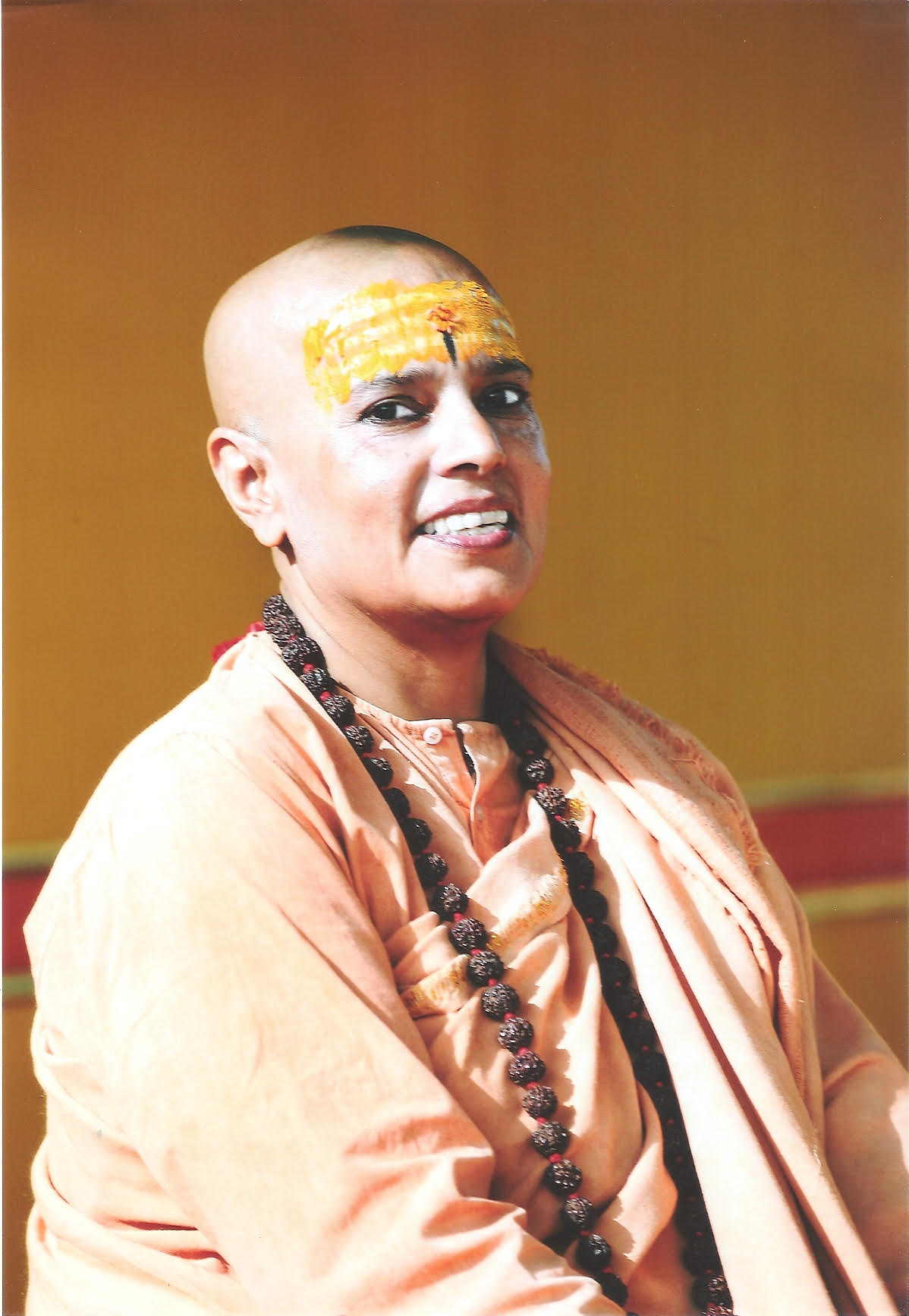 Swami Satyasangananda Saraswati (popularly known as Swami Satsangi) was born in 1953, in the small town of Chandernagore, West Bengal, India. Although from childhood she had a completely modern education and upbringing, she opted for the traditional life of renunciation and sannyasa after she had a series of inner awakenings at an early age, which led her to her guru, Sri Swami Satyananda Saraswati. She was initiated into the Dashnami tradition of sannyasa on 6 July 1982 at Ganga Darshan, Munger.

Thereafter she traveled extensively and ceaselessly with Sri Swami Satyananda Saraswati on his tours in India and abroad, which gave her immense exposure and contributed to her development into a scholar with deep insight into the yogic and tantric traditions as well as modern sciences and philosophies. A truly inspirational teacher and gifted writer, Swami Satsangi is the author of major texts on yoga and tantra, such as Sri Vijnana Bhairava Tantra: The Ascent, Karma Sannyasa, Light on the Guru and Disciple Relationship, The Descent (a commentary on Adi Guru Shankaracharya’s famous poem of divine ecstasy, Sri Saundarya Lahari), Tattwa Shuddhi: The Tantric Science of Inner Purification.

In 1989 when her guru Sri Swami Satyananda Saraswati, ordained by an inner mandate he received in meditation, went to live in seclusion at a remote rural village in Jharkhand known as Rikhia, Swami Satyasangananda was the person who located the place he saw in his vision and negotiated the purchase of the land, which was to become the tapobhoomi of Sri Swami Satyananda Saraswati. At that time Rikhia was a poor, nondescript, unknown village in one of India’s poorest states. No roads, no electricity, no phones, no shops, no traffic, no trace of the 21st century, that was the Rikhia she entered in 1989, to prepare for the arrival of her guru.

Since that time Swami Satsangi has dedicated herself to fulfilling her guru’s vision of uplifting the neglected, impoverished and downtrodden villagers in the surrounding areas of the ashram, by implementing the cardinal teachings of Paramguru Sri Swami Sivananda Saraswati: Serve, Love, Give.